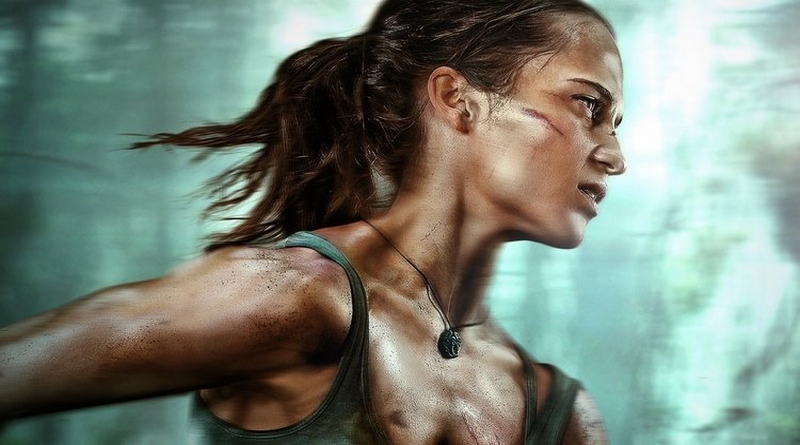 In the recent Tomb Raider movie, Lara Croft (played by Alicia Vikander) is traveling to a secret island in Japan in search of her lost father, where she discovers the tomb of the mysterious Japanese Empress Himiko. We learn that Himiko was believed to have magical powers and that she was connected to some kind of curse, leading her to commit suicide together with all of her handmaidens in order to save her people. Evil people are going to open her tomb and revive the curse if Lara doesn’t stop them.

What if I told you that the story behind this movie is actually real? Well, based on reality at least.

As a Master of Japanese Studies, I was really excited to hear about this plot, as I remembered having heard about the legendary empress Himiko in my history lessons. (Scholars are still fighting about whether her name was pronounced Himiko or Pimiko).

These parts of the movie about the legend of Himiko are actually true (or at least possible):

1. Himiko was the Empress of a kingdom called Yamatai that is on a hidden island somewhere off the mainland of Japan.

In the movie, Lara hires the captain of a boat to take her to Yamatai. But was Yamatai really located somewhere on an island far from the mainland of Japan?

According to an ancient Chinese travel record, the Gishi no Wajiden, Empress Himiko – or Pimiko – was the ruler of a place called Yamatai. The Yamatai court appears in several ancient Japanese documents and is considered to have been a prosperous center of Japanese culture in the past. However, the exact location of Yamatai is unknown.

There are several theories where the Yamatai court might have been, but so far there is no evidence to pinpoint it to an actual location. What we know from the book Gishi no Wajiden, however, is that her kingdom was somewhere across the sea.

The passage about Himiko/Pimiko in Gishi no Wajiden can be translated as follows:

“The country used to have a male as king originally, who lived for 70 to 80 years. Then the Wa countries became in disorder, attacking and suppressing each other for years. Finally they collaborated to enthrone a female as king, who’s name says Himiko (a water and a child) (namely, a river and a bay). She works on divine spiritualism, and captivates people’s minds well. Her age is already high, and she has no husband but a younger brother in Sachi (three lands) Country. Since she became king, there has been a few people who has seen her. There are 1,000 maids who serve for her willingly. However, there is a male who enters her place in order to serve meals and convey her words. A palace, a tower, and castle fences are seriously built, and there are people who have soldiers guarding them all the time.
If you go east from the Queen’s countries, crossing a sea of about 1,000 (nautical) li (1 day of sailing), there are countries, all of which belongs to the kind of Wa. […]” (Translation taken from: http://www2.u-netsurf.ne.jp/~kojin/e-wajinden10.html)

According to the movie maker’s guess, the Yamatai realm was located somewhere on one of Japan’s remote islands. Looking at the description of the location of her realm, this seems plausible. As the ancient Chinese traveler who wrote this account states: “If you go east from the Queen’s countries, crossing a sea of about 1,000 (nautical) li (1 day of sailing), there are countries, all of which belongs to the kind of Wa.”

“Wa” is the name that was used by the Chinese for the Japanese people in some ancient documents, so Yamatai would have been located on an island 1 day of sailing away from Japan’s shores. The only problem is, that Japan is a big country consisting of thousands of islands, so there is no way to tell from which point in Japan one would have to sail west for one day to find Yamatai. But it is technically possible that Lara Croft’s father found a historical source that mentioned where you have to set out from. So this part of the movie can be considered “true.”

2. Himiko was a witch and practiced magic

In the movie, Pimiko is believed to have had magical powers and that her powers could be used to destroy the world.

In the Gishi no Wajiden there is one line that indicates that Himiko had an interest in “divine spiritualism” which has also been interpreted as “witchcraft” by some scholars: “She works on divine spiritualism, and captivates people’s minds well.” This whole sentence can be read as a hidden clue that Himiko liked the supernatural, but then again, this is the only clue we get on this subject and it remains pure speculation. For all we know, it might simply mean that she liked to meditate or prayed a lot to the gods. That she “captivates people’s minds well” might be read as her bewitching the people, but it might just as well mean that she was well liked by her people.

Himiko is also believed to have been a “shaman” queen, as shamanism was the popular religion in Japan at this time. But shamanism is not necessarily the same as witchcraft.

Thus, it remains a mystery whether Himiko was a witch or just an amiable ruler. The movie took advantage of this ambiguity and jumped at the myth that Himiko might have been a witch. But this assumption does make the whole story a lot more intriguing, doesn’t it?

3. Himiko’s court was cursed and she committed suicide together with all her servants in order to save the realm

This part is getting a little further away from what today’s research knows about the ancient empress of Yamatai.
From what researchers know from the Records of Wei, Himiko was indeed buried together with all her 1000 female servants:

“When Himiko passed away, a great mound was raised, more than a hundred paces in diameter. Over a hundred male and female attendants followed her to the grave. Then a king was placed on the throne, but the people would not obey him. Assassination and murder followed; more than one thousand were thus slain. A relative of Himiko named Iyo [壹與], a girl of thirteen, was [then] made queen and order was restored. Chêng issued a proclamation to the effect that Iyo was the ruler.” (translated by Tsunoda 1951:16)

Whether the servants “followed her” of their own free will or if they were forcefully sent to the grave with the empress is not known. It might have been the case that they all decided to die with her empress out of loyalty, but still…would all of them have died with her voluntarily?
It was common practice for some rulers to be buried with their favorite servants, but usually not on this scale, where the whole body of the palace staff died with their ruler.

Anyway, we know that her female servants were buried with her. That part is correct.
But what about the reason the movie gives for this mass burial?

Spoiler alert ! Only keep on reading if you watched the movie already. 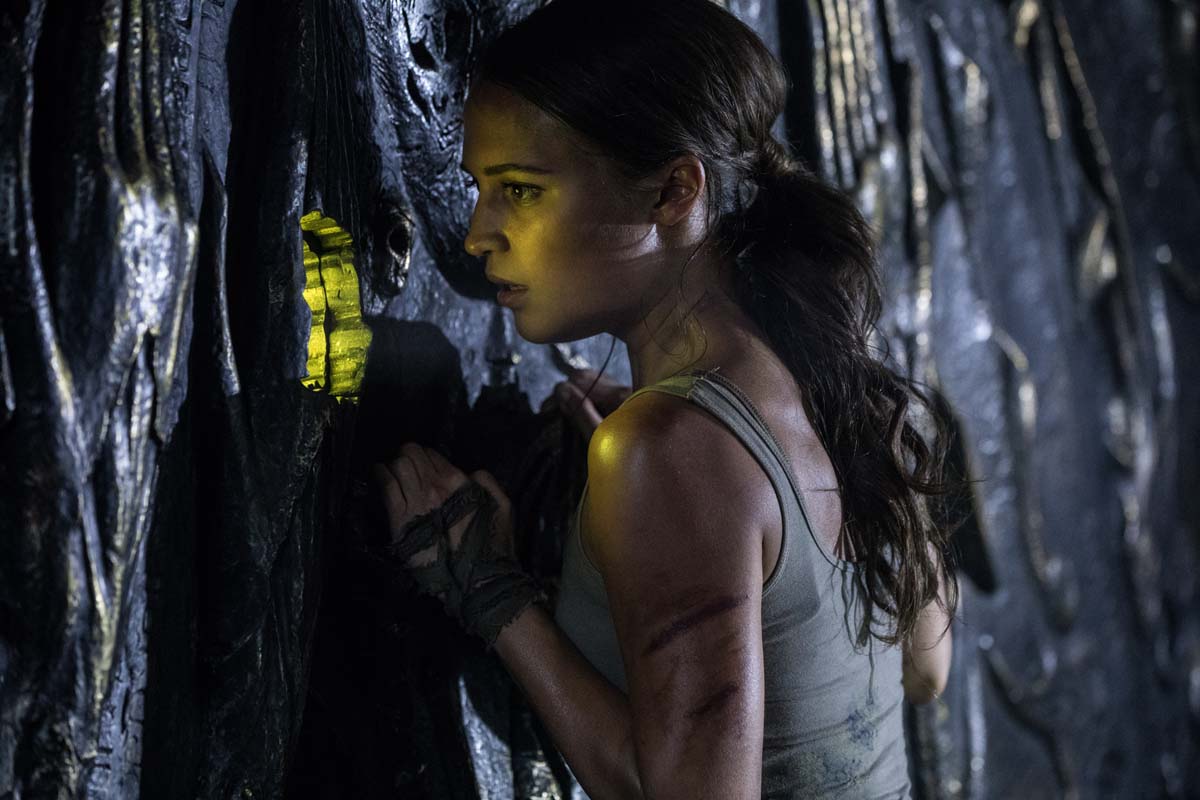 In the movie, Lara finds out that Himiko was not cursed, but the carrier of a rare disease that kills everybody who touches her and turns them into zombies. For the plot of the movie, it makes total sense that all her staff has to die with her to end the “curse”, to avoid further spreading of the disease in case one of them was already infected.The mystery of the mass burial explained!

It is an interesting theory, but then again, there is no mention in the real history of Himiko that there was a curse or disease at Yamatai’s court that forced her to commit suicide. She died at old age of natural courses as far as we know.

There was chaos in the realm after her death, namely civil war, but no mention of a curse. But in my opinion, it is a cool idea to justify the mass burial with the prevention of a spreading disease. It might just as well have happened like this. 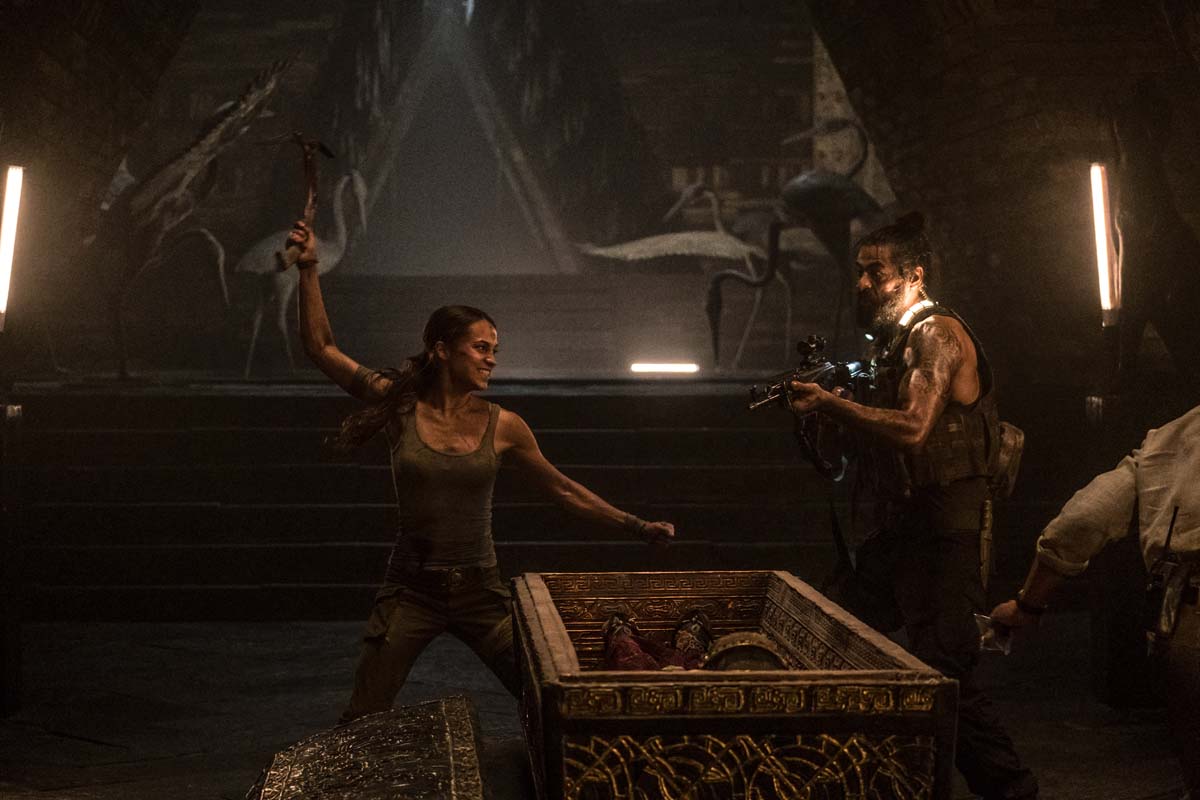 Conclusion: A good interpretation of Himiko’s Legend in Tomb Raider

I was really excited to see the latest Tomb Raider pick up a real legend and attempt to offer a solution to the mystery behind it. I think the movie produced a great atmosphere and I loved the whole survival on an uninhabited island theme and how they kind of mixed “Lost” with “The Mummy”.

I was very entertained and even as a critical Japanologist, I didn’t find too many issues with the plot that uses ancient Japanese history. I think the writers did a very good job of taking the facts and spinning a believable yet still mysterious plot around it without distorting the original legend too much. Yay for Team Tomb Raider! 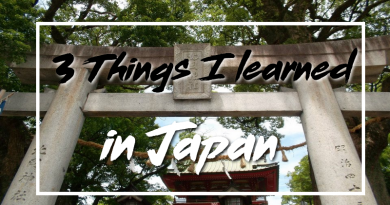 3 Things I learned in Japan

2 thoughts on “Tomb Raider – The Legend of Himiko : How much is true?” 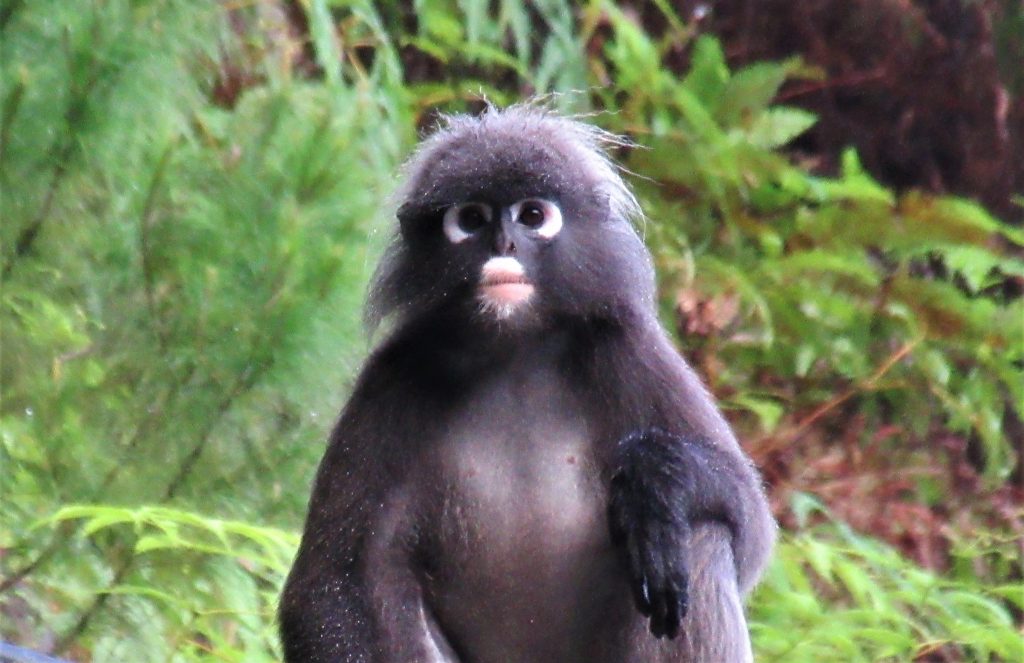